Dear Women, the Length of Your Hair Determines Your “Femininity”!

DU Beat spoke to many amazing women who had their hair trimmed short, and others who shaved them all off, in order to get an insight into their opinions and experiences.

Though the world has undoubtedly made progress, gender stereotypes still persist in the way you look, dress, and style yourself, for your choices are still enslaved to age-old socio-political oppression, including hairstyles, where the length of your hair determines the extent of your femininity.

“Most people expect a dramatic reason for why I cut my hair short. They asked me if I got dumped or how my parents ‘allowed’ it. Whereas, I cut it simply because I can – people need to stop assuming that every time a woman makes an unconventional choice, they are trying to make a statement. Also, it’s not a ‘boycut’. Please keep your gendering to yourself.”

What then becomes pertinent to understand, is that such attempts are not only directed at making a difference in the gender sphere but also in one’s way of living. Syeda Iram, another LSR student, chose to go bald because she didn’t like her mother telling her to take her Hijab off. “I wanted to make her choose between a Hijabi or a bald daughter. My mother saw me and she said, “Have you lost it?”. I love styles that defy societal norms,” she commented. She was, however, conflicted because Islam prescribes women to avoid shaving their heads. “If someone is considering shaving their head, do it! Beauty standards are fake products of capitalism. You’ll feel free,” added Iram.

And at the same time, for some, cutting their hair short may not be a strong leap for feminism, and can simply cut it because it’s their body. Bani Singh, an entrepreneur said, “To me, it is really amusing that every act of a woman is a form of rebellion or a statement in itself. I just find this the safest way to experiment with my hair, as opposed to using colour or other chemical treatments.”

“People would stare at me, trying to figure out which gender I’m from. I even remember some coming to me, and saying what I did was so courageous but here’s the thing: shaving your hair shouldn’t be gutsy but just normalised,” explained Aishwaryaa Kunwar, who shaved off her hair completely, two months back.

In the end, as long as you know opting for a certain thing is what’s right for you and your body, it’s solely your choice and nobody should or has a say in it.

Also Read: Gender Based Beauty Stereotypes and How to Break Them

You'll probably find Annanya overthinking at some deserted café midst lavender hues and indie music. She's an avid reader and takes delight in constructive debates on almost anything and everything, including politics, philosophy, feminism, and mental health. You'll find her satiate her creative self by indulging in photography or poetry in her spare time. You can reach out to her via email: [email protected], Instagram: @a_concerned_hooman 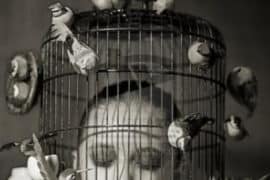 Breaking Down the Ways We Break Stereotypes 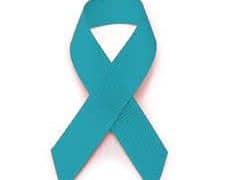 PCOS: Questioning the Notions of Being Feminine