By Arushi Pathak October 18, 2016
Share
Share on Facebook Share on Twitter Email
What began as an idea a mere month and a half ago, was brought to life by the efforts of Culinary Arts Society, Hans
Raj College on 7th October, 2016. With a total footfall of more than 6000 students, this Food Festival 2016 was appreciated and enjoyed by all. The diversity of food was well showcased by over 30 stalls which included Keventers, Pizza Hut, WOW Momos, Fruitish Juice, Bootlegger, Sushiya, Whistling Spices and many more. Along with the food stalls, stalls by Enactus Hans Raj and Kalakriti- the fine arts society of Hans Raj College were also enjoyed by
many.
The event began at 11AM with arrival of students but the real celebration started after 1PM at the arrival of the chief guest Chef Machindra Kasture. He was felicitated first on the stage along with guest of honor Mr. Vikram Agarwal, MD of Cornitos. Following the felicitation, Principal Dr. Rama addressed the gathering along and Chef Kasture congratulated the Culinary Arts Society for organizing this event.
CAS launched on stage their monthly newsletter Food Times with the curtain being raised by the Chief Guest. Thereafter, performances by Swaranjali, the music society of Hans Raj College and Kavyakriti, classical dance society of Hans Raj College, left the viewers spellbound. There were also two competitions conducted- Main Bhi MasterChef, where the shortlisted students had their dish tasted by the Chief Guest and other guests, which saw Vrinda winning the hearts of all with their Kulhe ki Chaat and Garry Pahwa being the runner-up with her traditional sweet-dish. The other competition was Tacos Challenge, a no fire cooking challenge, conducted by Cornitos where people had to create a dish on the spot using delicious ingredients provided by Cornitos. The tacos challenge saw participation in huge numbers with even some faculty members trying their hand at cooking. Meher was declared the winner of the challenge.
Chef Kasture was delighted with the response of the Festival and reminisced, he  said, “At our times, we did not have access to anything. We didn’t have the knowledge of food the way people do now. It is all because of globalization that everyone is aware. One should take advantage of such information and build a career.
Food is a great career to be in.” He was also appreciative of students cooking and was emotional when asked about his favorite dish, “I have travelled the world but nothing can beat maa ke haath ka khana. She introduced me to cooking.” A fashion walk by Fashion Society of Hans Raj College in association with Max Fashions concluded the event on stage while people continued to pour in and savour the variety of dishes being served by stalls and availing great offers.
This was a first time a Food Festival was organized by any society in any college in Delhi, and it turned out to be a
roaring success. Huge footfall, satisfied students, happy guests will have this event being remembered by all who were a part of it and will go down in history for many good reasons!\
Images and content by Culinary Arts Society, HRC.

Arushi Pathak is a (over-enthusiastic) senior pursuing Economics Honours from DU. The Associate Editor at DU Beat, she is an avid debater and can’t refrain from expressing her opinion over everything. Somehow obsessed with New York City (and all sitcoms set in NYC), she day-dreams to live there soon. She is a die-hard Grey’s Anatomy fan and can’t have enough of tragedy-themed novels. She believes that she has got the best of both worlds-Economics and Journalism. Always ready for a pep-talk or a life-changing discussion equally readily, she can be contacted at [email protected] 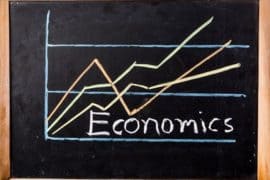