The former professor of Arabic at Zakir Hussain College, famed for his political opinions and alleged affiliations, passed away on Thursday, October 24th, following a cardiac arrest.

Syed Abdul Rahman Geelani, aged 50, fell unconscious in a South Delhi gym on the afternoon of October 24th and was rushed to Fortis Hospital. However, Geelani could not be revived and died due to a cardiac arrest, his son Atif confirmed.

SAR Geelani was arrested by the Delhi Police in 2001, on suspicion of connection with the Parliament Attack case. He was sentenced to death by a special Sessions court on charges of abetting terrorism. However, this conviction was set aside by the Delhi High Court in 2003, on account of flimsy, insufficient evidence. The decision was upheld by the apex court in 2005. Though the Supreme Court ratified the high court’s decision, it said it remained “suspicious of his (Geelani’s) role”.

In 2005, after his acquittal, he was shot at when he was en route to meet his lawyer. After this incident, he came under the protection of the Delhi Police.

In the aftermath of his arrest and subsequent vindication, Geelani gave an appalling and explicit account of his interrogation and torture at the hands of Delhi Police and intelligence agencies in Nitya Ramakrishnan’s book, In Custody: Law, Impunity and Prisoner Abuse in South Asia. The interview unveiled the alleged systemic maltreatment of prisoners and undercover operations of state agencies.

In 2016, days after the arrest of student leader, Kanhaiya Kumar for raising alleged anti-national slogans, Geelani was charged with sedition for organizing an event against the execution of Parliament attack convict, Afzal Guru.

Since Geelani was a protectee of the Delhi Police, his post-mortem was conducted at AIIMS to avoid any ensuing controversial situations or conspiracies.

On Friday afternoon, SAR Geelani’s body was taken to Kashmir so his final rites could be performed in his hometown, Baramulla. 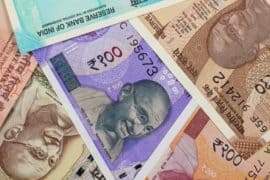 Behind the Indian Banknotes

Pulse’19 Closes Amidst Allegations of Forgery in Results and Mismanagement