This petition had been filed against the order, on 11th July, by a single judge dismissing the plea of the professors, challenging inclusion of Supreme Council members in the admission process.

The bench consisting of Chief Justice D N Patel and Justice C Hari Shankar issued a notice to the Delhi University (DU), St Stephen’s College, its Supreme Council, its Principal and the University Grants Commission seeking their stand by 16th October. This comes after three professors filed a complaint against the inclusion of a member of the Supreme Council in the matters of selection of Christian students.

The Supreme Council is much more powerful than the governing body. It comprises of the clergy and members of Church of North India and also includes its nominees.

The petitioners — N P Ashley, Abhishek Singh and Nandita Narain — who are members of the college’s governing body were opposed to the alleged “interference” of the church in the admission process, claiming it was against the norms of the institute.

Including the Supreme Council would make the decisions of the governing body invalid, as it hold greater power and including its member into the selection committee could mean an unfair analysis of students who are selected. Merit would end up becoming secondary and faculty would have very limited say in the admission process.

The college that takes up its students through a rigorous entrance and interview engages in the same to filter out the most deserving candidates for the seat. This would not be possible if a Supreme Council member becomes a part as it would directly affect this process of selection.

According to their petition before the single judge, the Supreme Council, in a meeting held on 12th March, had decided to have an additional Christian member, nominated by it or the governing body, to be part of the interview panel. 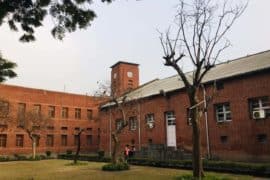