Here are a few words by the Heads at DU Beat, sharing the experiences which built their journey, as they bid adieu to this family. While this journey comes to an end, the memories last forever, Shaurya Thapa, Web Editor 2019-2020, shares his honest words with us.

All right, all right, all right, where do I start? I joined DU Beat aka DUB aka DU ‘Beats’ (as some people call it) in my second year. I was a closeted kid in school, in the sense that I didn’t question or observe many things around me. I didn’t do that cause’ I never cared about what’s happening.

Then, some amount of maturity did come to my head in College. That way, I feel blessed that I got a shot to study in North Campus. I saw a lot of anger, bitterness, communal emptiness. Everyone seemed to have their own issues. I interacted with rebels, closeted rebels, intellectuals, pseudo-intellectuals, artists, academics, Vella observers, potheads, extremists, radicals, feminists, sexists, bigots, pacifists, everyone. And everyone had a different story to tell.

I took a course called B.A. History (Hons) and while I don’t aim to be an IAS officer (like many History students from Hindu College become) or a Historian, I did get inspired by the scribes that I have read about in the history of various empires. I became a storyteller, a communicator of the different tales that the different subjects of the kingdom of North Campus told me.

And that’s what prompted me to join DUB, a place where I got to learn new things. I started questioning the morality behind institutions, protests, people, ideals, and a lot of other concepts.

It has been quite a trip under people like Niharika Dabral (ex-Associate Editor of DU Beat, fun fact-she’s the one who took my interview) and Rishabh Gogoi (ex-Head of Photography) and correspondents like Priyanshu and Faizan.

Now, let’s get to the other side. Throughout my tenure as a Correspondent and the Web Editor, I have also got a mock corporate culture-like session from DUB. I have realised that there are people who can snitch on you, who can betray your trust, be problematic and hypocritical, etc. It’s funny to see some people in the team who post all consciously woke feminist stories on their Instagram, who click photos or write reports on pride parades.

But then at the same time, these very same people might not think twice before using words like a ‘chakka’ as a funny slur, people who might feel that ‘Harassment toh hota rehta hai. Why should we issue a note that Stan Lee was allegedly involved in harassment cases on the day he died? We should respect his legacy’, people who would ‘slut-shame’ fellow people and judge them by their preferences in men, women, or whomsoever involved. Fights, ‘bitch fights’, ‘behind-the-back’ fights, I have observed enough people with their share of this in DU Beat at times.

All I’m saying is that maybe such differences in opinion and problematic behaviour might be common in society. All we can do is maturely handle such matters and try speaking up whenever possible. In some cases, I have been a silent observer and I will have my regrets for those times.

On the positive note, some of the double-faced/problematic people that I faced have actually improved a little over the past few months. And I’m really glad about that. The others who are still ‘dheet’, I just pity those lost souls.

Anyway, enough with the preachiness and the rants, I should now start thinking about my future. Being the Web Editor of India’s largest student newspaper was just a baby step. Now if I graduate (whenever I pass after the global pandemic ends), I might aim to be a bigger storyteller. 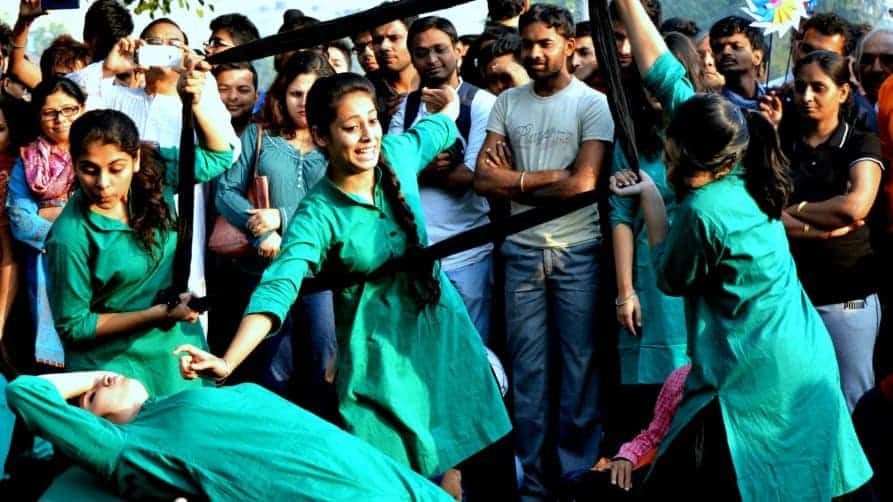