Editorial: Republic and Dissent: The R&D of Our Nation

As India celebrates its 71st Republic Day, let’s take a look at our dissenting Republic.

According to the Oxford dictionary, a Republic is defined as a State in which supreme power is held by the people and their elected representatives, and which has an elected or nominated President rather than a Monarch.

India, the largest democracy in the world, became a republic on 26th January 1950. In over seven decades, 103 amendments have been enacted as of December 2019. India celebrates Republic Day with much grandeur where our military might is put on display for the world. The celebration witnesses world leaders as Chief Guests for the day. This year, Jair Bolsonaro, President of Brazil, has accepted to be the Chief Guest for the celebrations.

All the citizens of this nation have been granted the Freedom of Speech and Expression; however, many have questioned the Government when it comes to the Freedom of Dissent. A student from the University of Delhi (DU), on conditions of anonymity, said, “In 2014, our PM said that the country’s democratic principles will not sustain if we don’t guarantee freedom of speech and expression. When we go out to protest, we are detained, even when it is a peaceful protest. I ask ‘why’? Is the Right selective? Do we have the Right depending on the Government’s wishes?”

I believe that dissent is not anti-national. Our country has been built on expression at crucial times in history. Gautam Buddha and Mahavira had expressed their displeasure over the rigid Vedic system and the associated rituals during the sixth century. The Sepoy Mutiny of 1857 was the first form of dissent by the Indians against the British rule. This even continued after Independence.

J. P. Narayanan’s call for a revolution in the social, economic, and political sphere in 1975 led to the imposition of Emergency and the whole Country turning against the then Government led by Indira Gandhi. A country cannot be free if its people feel threatened in any way, or if there is a fear of expressing oneself.

It is important that the youth, as responsible young citizens of India choose to fight for what is right. It is our prerogative to make sure that there exists a culture of democratic discussion and peaceful dissent, where there exists no violence, where the youth protests for the cause, and not for name and fame.  It is disheartening that during the times when the entire nation was protesting, some student leaders found their way to be a part of larger political organisations to favour their interests. Thus, at that time, the cause is left behind, and the political career is given more light. I saw a few people who came out to ‘protest’ at Jantar Mantar on 19th December 2019, while they saw the protesters raise slogans against the Government, one of them remarked, “acha timepass ho raha hai” (this is a good way to pass time).

The Constitution also provides for an independent Judicial system and the integrity of the higher Judiciary. So, doesn’t the judiciary hold any conscientiousness towards the alarming situation of India? I strongly feel that the Legislature, the Executive, the Judiciary, and an independent Press are the real pillars of India. Even if one of them doesn’t question the damaging image of India, then they are not justifying their existence to the citizens of the country and to the rest of the world. In these times when grave violations of human rights are being alleged every day, it is imperative of the judiciary to fulfil its constitutional duty, maintain its democratic significance, and uphold its institutional prestige.

India’s population of over 1.37 billion people gives us an indication of how many ideas and opinions can flourish in a democratic set-up. Constructive criticism and meaningful dialogue area hallmark of a democratic society and depends on its informed and active citizens who will speak out and distinguish themselves from rabble-rousing. 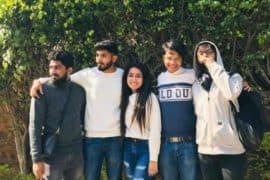 The Stolen Sixth Semester: Woes of a Final-Year Student 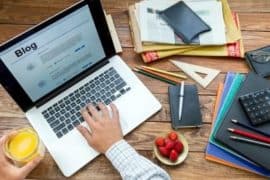 Ambedkar: A Symbol of Protests