An audio was circulated on WhatsApp amongst the students of Delhi University (DU) on 11th October narrating an alleged case of hypnotism followed by a brutal rape.

An audio was circulated on WhatsApp on 11th October 2019 which narrated that a girl was allegedly touched inappropriately by an individual who later hypnotised her outside the streets of Kamala Nehru College (KNC), Green Park. The victim apparently did not return home and had no memory of the previous day.  A month later she went for a checkup post missing her menstrual cycle, and was found pregnant. Medical reports claimed that she was gang-raped by six men.

Many questioned the authenticity of the said audio.  However, the entire premise of hypnotism and rape left students in a state of fear and perplexion. We tried contacting the person who sent the audio, however, they haven’t reverted yet. The whereabouts of the victim are still unheard of. Amongst several rumours and assumptions, the authenticity of the crime still remains under suspicion.

Alerts have been circulated by several departments in and around KNC and other Delhi University colleges. Students are being warned to steer clear of strangers and avoid making eye-contacts or even talking to them. A similar incident was reported in Noida where a delivery boy was accused of hypnotising a woman and later attempting to rape her.

A member of the Students’ Union of Kamala Nehru College refuted any such incident of hypnotism and shunned them as a mere mockery of public’s common sense. “It seems unbelievable and implies that none of it is true. If any such incident has truly happened, someone must be knowing the same. I have also heard that this incident did not happen in or around Kamala Nehru College, the authenticity of this incident is highly questionable and should be probed into.”

Several other Cells and individuals have refused to comment or chosen to hide their identity. Similar cases of crime are being reported around the Green Park area, though. An incident was narrated by an individual who chose not to identify.

With rising cases of hypnotism, theft, mugging and harassment, University students need to remain all the more careful and alert.

Hypocrisies Behind the Notions of Women’s Safety 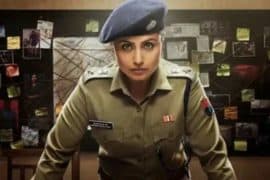 Mardaani 2: Is The Protest Over Castigating the City’s Name Justifiable?