The Great Gig on Earth: From Pink Floyd to Ed Sheeran

FLOYD FANATICS aka “ The Lunatics”

When it comes to classic and progressive rock, not talking about Pink Floyd is a sin ! Found in 1965 by Syd Barett, this band made a humongous name for itself in the world of progressive and psychedelic rock. Starting with UK’s underground rock scene, they developed a striking psychedelic sound touching upon various other genres like Blues, Jazz and country music.

After Barret’s departure , Roger Waters (Bassist) took charge of the songwriting and devising concepts for their albums.This era witnessed huge commercial and critical success and growth in their fanbase especially with the release of their two most popular albums, The Dark Side of the Moon (1973) and The Wall (1979) which topped the charts for years.

The band penned some heavily philosophical lyrics talking about truth, illusion, life and death, time and space, compassion, indifference and empathy. Breathe (1973) talks about the stark contrast between what the heart wants and what the postmodern society expects. The Wall narrates the story of an individual trapped in a war torn life followed by his domination by the society leading to his voluntary isolation.

By 2013, Floyd had sold more than 250 million records worldwide.Despite various creative disputes leading to members leaving the band to its dissolution in 1995 and the recent demise of two of its members, Pink Floyd continues to live in the heart and run in the very veins of ‘Floydians’ across the world.

Contemporary music fanbase list would be incomplete without including the recent alternative pop sensation, Ed Sheeran. Edward Christopher Sheeran was born in 1992 in Yorkshire, United Kingdom and dropped out of school at 16 to pursue a career in music. His first big moment came in 2011 when he played in ‘No. 5 Collaborations Project’ which caught the attention of legends like Elton John and Jamie Foxx.

Ed Sheeran is known for the element of rawness in his music. The crisp sound of his acoustic guitar is integral to almost all of his songs and the huskiness in his voice comes unfiltered to the fans adding on to the emotions attached in the song. With soothing  and soulful lyrics and comforting melodies, his music conveys a feeling of warmth and affection.

From a pub playing troubadour to a large scale pop icon and a Grammy Award winner, Sheeran gained international popularity really fast. Apart from his music career, he also has a filmography to his name and has starred in films like Shortland Street (2014) and Undateable ( 2015 ) to name a few. Ed Sheeran continues to work with his upcoming projects and albums, collaborating with different artists and international tours which are lined up for the upcoming year and increasing his fan base day by day ( or album by album) 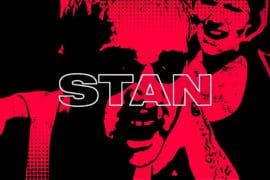 Decoding: The Normalisation of Stan Culture 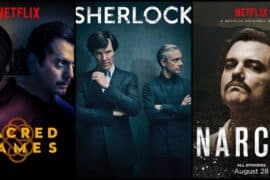 When You Do Not Belong to Fandoms

How to Know if You Secretly are Monica Geller