In the midst of the COVID-19 pandemic, another complication has arisen in the lives of several Delhi University students. There has been a gross dip in the Semester Grade Point Average (SGPA) of several students of BA (H) English. They suspect foul play on the part of the administration as well as a hasty evaluation process that has been tampered with.

DU Beat contacted various students of BA (H) English. Several students reported their grievances regarding discrepancies in the odd-semester university result. As per a final year student, students from various colleges observed a drop in their semester result this year. “The uncanny thing to be noticed is that it has happened in all the colleges around Delhi University. In my college, we have formed a group in which we are analysing if there are any common papers in which the result has dropped and till now, we do see a pattern. Secondly, we don’t know who checked our papers and how they were evaluated and how all of a sudden, the result came out. Some teachers have agreed that the marks dropping down for everyone means something is definitely fishy and as students, it’s our right to know about it. Given the situation, where we don’t know if we have our final exams and Ministry of Human Resource Development (MHRD) saying they’ll be using 50% of last semester marks in the worst-case scenario, that’s why we are worried. For any final year student, this is a matter of serious concern because we don’t know what the academic future holds for us and we clearly don’t wish to give up on papers in which we put in so much hard work”, she explained.

A third-year literature student who reached out to DU Beat said that unfair marking has been done. Their teachers have informed them that this is due to the Delhi University Teachers’ Association (DUTA) protests and non-availability of professors for evaluation. GPAs have been below average or above average this semester. The students who were supposed to get 7 or 7.5 got 6 or below in some colleges.

In conversation with DU Beat, Abha Dev Habib, treasurer of Delhi University Teachers’ Association (DUTA) said, “It’s extremely unfortunate students have to go through this. The objective of DUTA Strike was to create a dialogue about the mistreatment and injustices faced by the teachers and workers of the University. The administration treated the evaluation boycott callously, and these are the consequences of the same. Moreover, under the existing Choice Based Credit System (CBCS), if the evaluation of papers yields marks with a low mean, it’s the moderation of the results that need to be done judiciously. It’s clear that along with faults in evaluation, there have been fallacies in moderation as well.”

A professor from the Department of English told DU Beat, “Well, what has gone wrong is the University administration. It forced all associations of the university to take drastic and rather unwanted steps which ultimately resulted in the inordinate delay of the results. For example, owing to the corner into which the University administration forced its entire teaching community, the evaluation of the last semester’s scripts were put off track. That said, it will be rather difficult for me to say if all English Honours students, across the university, have suffered depreciation in their marks because I don’t have the requisite data in any official capacity. But, as I said, if anything has gone wrong, the blame lies with the way Delhi University treats its participants: students, the teaching faculty, and the non-teaching staff. If the students are suffering it is because of the callousness of the university.”

Jiniya Saha, a second-year student of English Honours at Gargi College has suffered grievously due to the mismanagement of the University results. She told DU Beat, “I didn’t get my result. The server is still showing “Sorry! No records found” in the DU Statement of Marks website. I have submitted my assignments and written all my exam papers properly. When I complained about the same, I was told to wait for an unprecedented period of time till the college re-opens. We all know that after half a month of result declaration the web-based transcript crashes and all students are thereby advised to take a print out as a hard copy.” It’s however clear, that she is not the only student who is in a tough spot due to tampering of the evaluation cycle.

Due to the pandemic and ongoing lockdown as well as shutdown of the university, students are urgently taking steps in their capacity by reaching out to teachers about the fallacies and tampering of results. A first-year student said, “I have a list of marks of my class and we think this may be a case of mass checking. We’ve forwarded the marks to our teacher. She will study them and let us know if that’s the case.” She also pondered upon submitting her answer sheets for revaluation but admitted that she was unaware about the procedure and whether it will be altered due to the pandemic or not. A WhatsApp group of aggrieved students from the university has been formed and more than 250 students have joined it till now. The group intends to release a petition on behalf of the student community soon.

While the students are disappointed and dejected at the way things have played out, they sincerely hope the administration will hear their grievances out and take timely and just action so that their plans for future endeavours are not hindered. 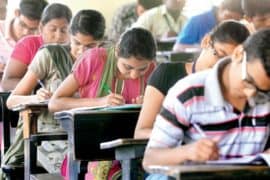 The University of Delhi (DU), has announced that the odd semester (August-December) examination results will be declared on 27th January… 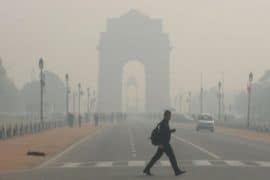