Due to different pattern of scoring, the Kerala Board students find themselves in an advantageous position as the high cut-offs of DU continue to pester aspirants.

The university released its much awaited first cut off on October 1, 2021. The online admissions started on 4th October where 30,554 students apply for 70,000 seats. University of delhi is always known for sky-high and this academic session might not be any different. It was already declared by the principals of colleges that the cut offs would see a spike as compared to the last year and evidently, among the colleges that have declared 100 per cent cut-off are Shri Ram College for Commerce (SRCC) for BA (Hons) Economics and BCom Honours, Hindu College and Ramjas College for Political Science (Hons), SGTB Khalsa College for BCom, Hansraj College, Shaheed Sukhdev College of Business Studies and Deen Dayal Upadhyay College for BSc (Hons) Computer Science and Jesus and Mary College for BA (Hons) Psychology and Ramjas College for a combination of BA programme.

A news report by The New Indian Express said that a total of 6,000 students from the Kerala board have received net 100% marks; 2,000 of these students will be enrolled in colleges on the North Campus. Furthermore, according to officials, 500 students from the Kerala board have enrolled in Hindu College, with 106 of them pursuing B.A. Hons. (Political Science) with the 100% cut-off.

In conversation with The New Indian Express, Political science teacher Chandra Chur Singh said, “The main reason is the evaluation pattern of the Kerala board. They declare the results combining both 11th and 12th marks. But, the DU only considers 12th marks. If you see the marksheets, the students have scored 100 per cent in all the subjects in class 12 and below 95 in class XI. If you combine both XI and XII, they don’t score 100 per cent, but if you only consider class XII, they get a hundred percent…Only 550 CBSE students have scored above 99 per cent.”

Read also: The Great Admissions Gamble: A Casino Unheard Of

Sandhini is an English Literature student who enjoys reading tragedies and going for long walks when she is not procrastinating. 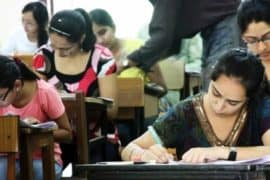 DU 2022 Admissions Likely To Be Based on Common Entrance Test