This article is an insight into the musicality of regional languages, and a celebration of all the different ways of being Indian.

English arrived at our doorstep on the wings of history– an unwanted conception that bled our country dry; whose strangulating hold around our necks was never cut, and continues to drain the life force out of us. We have largely denounced the earthy taste of regional languages in favor of subscribing to the post-colonial remnants of linguistic imperialism. Indeed, this disjunction cuts us off from our shared history to a concerning extent.

“Pointed in the wrong direction, trapped outside their own history, and unable to retrace their steps because their footprints had been swept away…”
– ‘God of Small Things’, Arundhati Roy

While English has served as a unifying factor in a country as diverse as India, a painful separation from our grounded identity is as much its legacy and suspends Indians in a confused limbo of belongingness. Let us revisit our roots by exploring some beautiful words in regional languages of India.

From the valley of tea-gardens and lyrical Bihu songs, Assamese has been influenced in jargon, phonetics, and design by its proximity to Tibeto-Burman lingo. Its script is notable for exceptionally bent structures, various pronouns, and thin plural divisions for honorific and non-honorific salutations. Assamese is additionally firmly identified with Bengali.

My ever beloved mother language

Assamese is proud enough to possess a number of Jnanpith Awards in its hold coupled with the Sahitya Akademi Award. One beautiful Assamese word is Sanskriti, which defines culture and thus, portrays the vivid colours of joy and happiness possessed by India.

Sparkled with mesmerising sweetness as that of a cuckoo’s mellifluous voice coupled with words that make your mind a host to live in forever, Bengali is a language that sings. There is a persistent understanding and memory of an inaccessible past when Oriya, Assamese, and Bengali shaped one solitary branch. From this Oriya split off first and Assamese later, leaving behind Bengali. The Bengali script is a derivative of the erstwhile Brahmi.

If God had so wished, he would have made all Indians speak with one language … the unity of India has been and shall always be a unity in diversity.

The laurels bestowed upon Bengali need no introduction; Elevating the world of Indian literature with its first Nobel Laureate, Rabindranath Tagore went on to earn numerous other awards. The word Sahityera Ananda is a beautiful amalgamation of two words- ‘sahityera’ and ‘ananda’ , which mean ‘the joy of literature’.  They are a perfect depiction of the richness of the Bengali language.

A language hailing from the luscious scenic embedded mountains, Bodo is another gift to us from the angel of diversity prevailing in our country; with the language’s subtlety acting as a garnishing to the delightful dish of Bodo. It is identified with Dimasa, Tripura, and Lalunga dialects, and it is written in Latin, Devanagari, and Bengali contents.

Humans are blind over humans. They can’t recognize or identify among themselves.

The Bodo language has been enriched with the showers of numerous Sahitya Akademi awards in various aspects such as short stories, essays, etcetera. Mejangmanaiee, which means love in Bodo, emphasises on this universal entity that binds the entire humanity together.

From the turning leaves of Dogri we have unearthed Rahain behat, translated as culture. Culture, the body of a language, is what allows the spoken to touch the tangible world. If language is a binding of spirituality, then culture is the physical ties that hold us together in shared nationality. Culture is naught more than instrumentality of language.

This decaying forest was once flourishing, despite the thirsty soul it would laugh…

Quite rightly, Dogri is a verdant forest of a language that is dying out and needs immediate revival efforts. Dogri glistens in winter suns, a splatter of colours against the backdrop of windswept mountains. And this snowy genesis in rugged terrains has granted it a touch of wilderness and rarity of naturalness. Dogri is more one with the echoes of the towering mountains than any other language of India.

A joyful mind with no inhibitions about the future, living every moment to the fullest; Gujarati is the language that possesses the ability to bring a smile on everyone’s face. It can be perceived in the Indian constitution, and is spoken by an excess of 46 million individuals, Gujarati intonation is beautifully intricate, with tri-fold sexual orientations (manly, ladylike, and fix) to refer to objects. It is normally composed in a flowing and timeless cursive type of Devanagari script.

In Gujarati, you will experience the joyful spirit of its speakers…

Prominent Gujarati writers such as Rajendra Keshavlal Shah, have blessed this alluring language by bagging the likes of Jnanpith and Sahitya Akademi awards. Throwing light on the rich diversity of India is the Gujarati word Vividhata. Translated as diversity, it does complete justice to the ever-green concept of Unity in Diversity flourishing in India.

One of the six classical languages of Indian republic, Kannada holds a position of eminence in the tomes of our History, with a long tradition of litterateurs and texts of lyrical beauty to back it up. With its own script, and honorariums of patronage by such stalwarts of empire-dom as the Rayas of Vijayanagara and even the Rashtrakutas, Kannada has bloomed against the ravages of time.

When I hear Kannada, my heart leaps up and I am all years!

Kannada possesses the distinction of 8 Jnanpith awards- one of the highest literary accolades in the country- the second most out of all India’s regional languages. One of these awardees is Kuppali Venkatappa Puttappa, whose movement demanding education in mother tongue became a watershed event for continued relevance of Kannada in modern day India. Two beautiful words from the annals of Kannada enunciation are Naadu-nudi, translated as nation and language: the twin creepers that twine around the heart of the motherland and bequeath us our identity.

From the crown atop India’s head, Koshur falls down like rain and encapsulates all else with its own shade of diversity. While the valley stands submerged in a history of trouble and turmoil, the language goes on, a beacon of hope against its thunderous clouds.

My memory keeps getting in the way of your history.

The memory of a serene past is alive in the Kashmiri heartland, a memory that continues to shape the oneness shared by the people, the determination to weather all storms. And it is this memory that challenges the finality of history. The Koshur word Tchyen conveys the deep sense of ‘separation’ and ‘cutting-off’ that has come to haunt the valley in recent years.

A language born from the womb of ancient Mithila, Maithili stands distinct as the only Bihari language with its own script, the ‘Tirhuta’. One of the earliest and most commended scholars in Maithili was the fifteenth century poet Vidyapati. He is remembered for his verses of towering adoration and devotion. Maithili, Magadhi, and Bhojpuri, are three primary dialects of Bihar state. But out of the three, Maithili alone possesses constitutional recognition.

Your moon-face love, had never guessed, that parting hurts…

And yet a parting we did see: from the regional languages that were ours to the arms of English, as the great Maithili poet Vidyapati enunciates. His poetry is very much renowned in the contemporary world. Apratim (graceful), is an epitome of gracefulness from Maithili and can be deciphered in the aesthetic beauty of the universe. 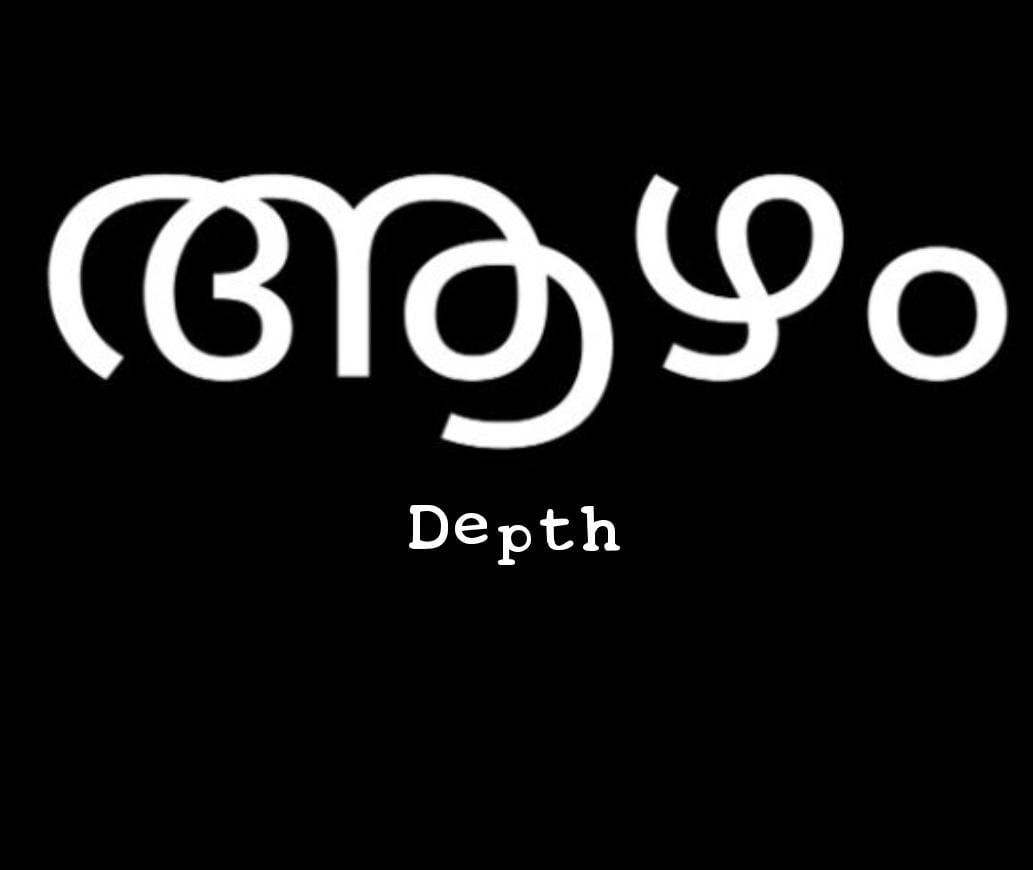 Lying deep within the folds of personhood is this longing to put down roots, a desire innate for identity that has driven human history to consequence. And the depth of this desire is beautifully translated as Azham in Malayalam. Encompassing the soul of Malayali heartland here is the letter ‘zh’, rarely encountered in any other speech world-over.

Other languages are just step mothers, man’s mother is his own mother tongue// a child is nourished naught but on the bosom of his own mother…

The Vazhappally inscription is the oldest written text of Malayalam to be excavated, pre-dating its written system to 8th century A.D. Therefore does the epithet of a classical language follow suite. C. 9th century, Malayalam and Tamil parted ways in the ancient Tamil country (Tamilakam), a separation most benign for the bodies of literature possessed by the two regional languages would not have existed as the Dravidian tributaries that they are today. Fun fact: Malayalam is the only language in the world whose name is spelled the same backwards!

The rainbow of language is born beholden to the extravagant colours of excellence and diversity; radiating splendor and an artistic ambience all around, the angel of language a creator of unity and wholesome in our homeland.

Why not give yourself a shot and learn what some words from your language would sound like in any of the aforementioned regional languages here?

Bonding Over Shared Languages in DU

Decolonisation and Resistance Through the Lens of Language

A Love Letter To The Languages That Take Me Home