Harry Styles and the Politics of Masculinity

What Harry Styles’ first Vogue magazine cover tells us about what it means to be a man in the twenty-first century – out in the world, and on campus.

Harry Styles, a British singer-songwriter, was heavily slated for his first appearance on the cover of Vogue Magazine’s December issue. The 26-year-old was wearing a periwinkle saloon dress, courtesy of Gucci’s AW20 collection, on the cover. The former one Direction member has attracted a selfsame ratio of criticism and applause throughout his career for attiring himself in avant-garde, gender-fluid fashion. The last incident being his 2019 Met Gala outfit. This time, however, the bait was set higher. Styles was the first solo man to appear on the cover of Vogue magazine, an achievement that was widely circulated by his fan-base on Twitter.

Only, it wasn’t all hunky-dory. The far-right crowd was more than disgruntled by Styles’ transgressive attempt at ‘undermining’ masculinity. Republican candidates, self-professed alpha males and conservative hordes on Twitter typed out angry polemics, turning the whole thing into a polarized discussion on the idea of masculinity.

Many felt that the historical idea of maleness was being threatened by neo-liberal political agendas, staging a mockery of the ideals rooted deep into the Western civilization. TikTok femboys, non-binary aesthetics and Harry Styles were, of course, to blame. ‘Bring Back Manly Men’ became a nationwide trend with many asking for the likes of the Clint Eastwoods and John Waynes to stand up and put an end to this ideological emasculation of masculinity.

Many right-wing women went as far as to disqualify the sex appeal of Harry Styles which was a futile attempt as it is – in my observation –  empirically verifiable and can be evidenced by his devotional fan base of teenage girls and gay men who find themselves crushingly drawn to his Mick Jagger front. (To each their own, I guess.) But the principal idea dictating the outrage on Twitter was that masculinity – Western masculinity – was in crisis. Here, I quote Grayson Perry from The Descent of Man: Many aspects of masculinity seem such a blight on society than to say it is ‘in crisis’ is like saying racism was ‘in crisis’ in civil-rights-era America.

The takeaway from the overblown lobbying on the notion of maleness was this – what does it mean to be a man in the twenty-first century? It should be noted that a linear discussion on the idea of masculinity is nearly impossible as the very idea of a single male ideal is ahistorical and sociologically varied. The established image of ideal masculinity that we possess in our everyday culture has less to do with the bygone brilliance of Western civilization and more about mythicized representations of American cowboys, Hollywood cinema and Marlboro commercials that are direct products of a white supremacist, capitalist and sexist world.

There are many holes to be poked in the representative myth of the ideal Man. For example, a white man is socially applauded for his display of virility and sometimes uninhibited manpower, while a person of colour belonging to the same sex is labelled as a bestial entity. A white man with a relentless sex drive is celebrated as an asset whereas a black man inclined in the same way is deemed a threat to white femininity, which is the Other against which white maleness is defined in the first place.

The same variables can be applied to ‘upper-caste’ men and Dalit male identity in the Indian context. Consumption of meat and alcohol is a signifier of idolized male behaviour across many Western cultures and has been subsequently replicated in Indian upper-class, upper-caste youth, but becomes an absolute pollutant when practised in Dalit culture and lower classes. While the reprimand is issued by older generations shrouded in Brahmancial principles, the younger crowd is doing essentially nothing to negate these double standards, while adapting to these ‘transgressive’ habits to up their social quotient. These holes are rarely addressed in the discussion on masculinity. It is simply not just a conversation about gender anymore; in fact, it never has been.

Masculinity as an idea is a paradoxical one; on the one hand, it is defined by its strength, power and impenetrability; on the other, it is easily threatened by things as meaningless as nail paint, claw clips or a Gucci saloon dress. These double standards of noxious masculinity permeate into campus life, too. Women – and men – students become their direct targets. Men enrolled in the arts – English, philosophy, history – are considered less of a man than people who pursue STEM courses.

It seems clear that the idea of masculinity in today’s world is more dependent on images of capitalism than, say, the Ancient Greeks. Not only is present-day maleness a product of traditional sexism, Brahmanical supremacy and late capitalism, but it is also made to serve and defend those ideals. Grayson Perry in his book The Descent of Man introduces the idea that national service is also a way of dealing with unsocialized male behaviour. In India, the rising trend of young men enlisting into the army and venerating their servitude to a ‘bigger cause’ is a direct example of that.

The antithesis to traditional masculinity is, apparently, contemporary feminism. But today’s mainstream feminism is hardly radical and has had to adapt to the patriarchy and capitalism in order to become mainstream in such a world. Harry Styles is still a conventionally attractive, upper-class cisgender white man who is performing radicalism on the cover of an elitist magazine with racist history. Many people on the left did highlight the fact that Styles is getting undue credit for arraying himself in a sleek Gucci dress while forgetting to acknowledge the precedents set by the likes of Prince, Lenny Kravitz and African American transgender activists.

Even in recent years, there has been Billy Porter, A$AP Rocky and Young Thug taking part in gender nonconformism. Anyone can see that the reactions to these have been coloured. That said, such instances of gender-bending fashion are – at the end of the day – just individual expressions of character (Matty Healy from the indie-band 1975 cannot, and does not, end sexism by wearing black nail polish) and should be perceived as such, not idolized or vilified for their specific connotations. However, these expressions are inherently political and will be so. So, it doesn’t matter, and at the same time, it kind of does.

The heart of the argument should be directed elsewhere, on the discussed points, rather than a pro-con list of masculinity. Maleness is not inherently evil, though many aspects of it do seem to govern and espouse oppression, hence classified as ‘toxic’ masculinity. The idea of toxic masculinity implies the reality of healthier masculinity, which does exist.

The problem is this: whenever masculinity is discussed, we tend to discuss it as a lifestyle choice. We urge men to man down – cry watching Nora Ephron movies, drink less beer, use scented moisturizer, peel off their chivalry, and maybe just be a little more like Tom Hanks. While all of those are constructive instructions, maybe what we need to have is a more conscious debate about masculinity as a politics, and question who is really benefitting from it. It’s definitely #NotAllMen.

Politics of the Male-Gaze in Indian Households: A Legacy of Subliminal Oppression 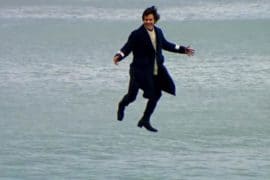 Sign of the Times: The Stylish Cry for Equality 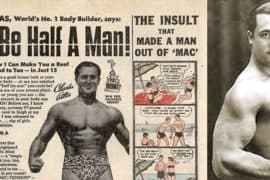 Understanding the Idea of Hyper-masculinity