First and second-year students of Law Faculty, Delhi University are protesting against the varsity’s decision instructing them to submit a 1,000-word article for five subjects each in seven days.

Despite the assignments not being graded and not having any effect on the overall marks of the students, Law Faculty students are still supposed to submit a 1000 word article for five subjects each in a span of seven days. Exams for these subjects will be conducted later – the Bar Council of India had recently released a directive in this regard.

The Student Union of Campus Law Centre has questioned the need for the assignments when exams are to be conducted later.

The notification released on Thursday states that the assignments will neither be marked nor affect the percentage. Exams for the respective subjects will be conducted later when possible. In such a scenario, asking the students to submit the assignments makes little sense.

The circular of the Law Faculty stated in this regard, “However, it is to be clearly understood that the submission of these assignments is a requirement for promotion only and will not affect your marks percentage in the LLB course. As for the direction of the VC in the above-mentioned letter dated June 9, you will have to appear in the end-term examination to be conducted by the university as per the practical feasibility and also clear all subject papers with the investment period of the LLB course.” 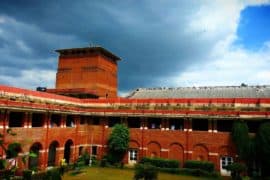 Here Is Why Open Book Exams Are A Huge Failure