On 27th July 2020, teachers of around 12 DU Colleges gathered outside Delhi Vidhan Sabha under the banner of DUTA, to protest against unpaid salaries and inadequate funds. They demanded immediate redressal of grievances and warned of protests intensification.

In a press release by Delhi University Teachers’ Association (DUTA) dated 27th July 2020, it was informed that teachers from Delhi University (DU) protested against non-payment of salaries outside Vidhan Sabha. DUTA said that around 12 colleges of DU were directly funded 100% by Delhi Government. Due to delays in the release of funds and grants to these 12 colleges, some teachers had not received salaries since May 2020.

Ms. Abha Dev Habib, Treasurer, DUTA, shared with DU Beat the memorandum that DUTA had addressed to the Hon’ble Chief Minister of Delhi, Sh. Arvind Kejriwal on 27th July 2020. The memorandum highlighted that DUTA had earlier written to the Delhi CM on 21st July 2020 regarding the same issue. However, after not receiving a satisfactory reply, the teachers gathered outside Delhi Vidhan Sabha. The main demands that were mentioned in the memorandum included the release of grants to the listed colleges for June-July, adequate grant in-aids on a quarterly basis, grants for infrastructure development, etc.

Teachers and karamcharis have come to Vidhan Sabha today for a physical protest despite the ongoing health crisis and fully knowing that the police have denied permission to hold the protest. We had written to you about the protest on 21.7.2020. By not responding to our appeal, you have forced employees to take this drastic step.

In the press release, DUTA highlighted the sporadic nature and inadequacy of the funds received by these 12 colleges. The release also stated that the grants by the Delhi government were the sole funding source for these colleges. This made it difficult for respective colleges to pay salaries to the staff when they didn’t receive the funds.

Employees of some of these colleges have not been paid salaries since the month of May. It is ironic that on the day the Delhi Government announced the launching of the “Rozgaar Bazaar” for Delhi job seekers, employees of Delhi University were protesting against the non-disbursal of grant-in-aid.

The press release remarked that besides the salaries, crucial medical bills were also not reimbursed in the colleges. Arrears of the 7th Central Pay Commission ( CPC) and vacation salaries of Ad hoc teachers for 2019 also stood unpaid. The teachers also protested against no generation of new posts under the Economically Weaker Section ( EWS) expansion and new courses that were approved and started in the last few years due to funding shortage.

Despite the denial of the mandatory police permission for today’s protest, the DUTA went ahead as the employees did not have any other option but to take this drastic, medically unwise, step to come out and physically protest.

Ms. Habi, Treasurer, DUTA also shared with DU Beat a letter that DUTA had addressed to the Hon’ble Deputy Chief Minister of Delhi, Sh. Manish Sisodia, dated 2nd July 2020. In the letter, the complete list of 12 colleges that were in dire need of funds was mentioned.

We write in continuation of our letters dated 19.6.2020 and 4.6.2020. As informed earlier, the grants, sanctioned to date, are much less than the money required to cover salaries up to May. With dismay, we note that once again the salaries have been delayed. The 12 colleges 100% funded by Delhi Government have not received grants to pay salaries of employees for the month of June and to clear the backlog

The list highlights the funds required to cover the salaries of employees alone till May.

The DUTA has now finally appealed to the Delhi Government to immediately release adequate grant-in-aid to these 12 colleges. The DUTA warned that if the demands will not be met in the coming days, it will intensify the protests. 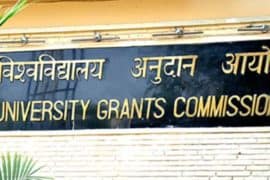