Stealthing: An Assault Not a Trend

In case it hasn’t been made obvious enough, comprehending consent is not a rocket science, and breaching it is a violation, not a conquest.

Stealthing is a sexual abuse with a breach of trust between consenting adults, who agree to engage in protected sexual intercourse, but the assailant removes, or destroys, or tampers the condom mid-way, without the permission or knowledge of the other partner, and goes against the lines of consent on which they agreed to have sex in the first place. It has evolved into a trend over a few years where many stealthers take pride in committing the assault, and the victims sit in silence of stigma and uncertainty. There are online aiding resources which even provide a handbook on committing this crime. One of the prominent reasons that stealthers give for covertly removing the condoms, is that they believe it comes off as a hindrance in the way of fulfilling their sexual pleasure, which is an unspoken mandate of priority and entitlement handed over by their default upper hand in power dynamics. These guys never understand consent in the first place, because they think it’s just a step that they can trick and deceive their way into. News flash! It doesn’t work like that. Consent is not a joke that can be manipulated to suit one person’s delusional likes. It definitely is not a formality ticket gained at the beginning of coitus where anyone can do whatever they want to simply because the other partner consented in the beginning. It has to be operational throughout and it can be revoked anytime in between, if any of the partners feel like they want to. One has to stop and understand that consent is operative at all times, and if said no at any point in time, the other partner has to stop!

The serious aftermath of stealthing on the victims includes a high risk of getting sexually transmitted diseases such as HIV, unwanted pregnancies, mental trauma, panic, anxiety, etc, while the stealther might be boasting and continuing his violatory behaviour. So what does the law say about stealthing? Actually, funnily enough it doesn’t. The explanation to Section 375 of IPC which has provisions for rape states that “A woman’s consent to sexual intercourse includes unequivocal voluntary agreement or willingness to participate in the specific sexual act by words, gestures or any form of verbal or non-verbal communication.” So an interpretation of section 375 can be used to prove that stealthing is actually rape since it violates consent, but it’s increasingly difficult to actually prove it in the court since post penetration rape is not given due diligence. This means the right to revoke consent is a very gray area not entertained in court yet. Just like the status quo of people and regressive norms, the law too is unsure of what consent is.

The law in India deals only with consent, and non-consent; it’s very black and white. It doesn’t have the finesse that can make such an act punishable, and we aren’t there yet. We are a long way off,”

The problem perhaps is that law and norms majorly view rape with the spectrum of marriage and not consent. Had it been like that, martial rape would be an offense right now. The ambiguous rape provision talks about inclusion of ‘willingness,’ ‘gestures,’ or any form of ‘non-verbal communication’ which can be taken as consent. Very rampantly these are used to blur the lines of consent and appear as a manifestation of she’s asking for it and it’s related regressive versions. What we truly need to understand is that these innuendos are no benchmark for consent. Victims can even go on to  experience orgasms, or give related response/ stimulation while feeling violated. This is a classic case of arousal non concordance which shows a lack of predictive  relationship between your physiological response and your subjective experience of pleasure or desire. Emily Nagosky, a sex educator broke myths about consent and explained unwanted arousal with the analogy of Pavlovian experiment with the dog where it learns to salivate (physiological response) at the ring of the bell, with no desire (subjective response) to find bell delicious or eatable. So even if your partner shows any response in any oblique manner, you still don’t have any right to intervene and think you have the agency to dictate what can be done to them unless they say so.

It’s on rather sad accounts that we live in a country where a plaintiff as much as if sleeps after getting “ravished,” results in her “unbecoming of an Indian woman” and the accused gets bail. Canada in 2014 with its landmark R vs Hutchinson case prosecuted its first case against stealthing, then followed Switzerland in 2017, and in yet another landmark decision Germany prosecuted a police officer in its first case of stealthing. It’s a very serious offence with very little awareness and lawful binding. It’s imperative that we take cognizance of this and educate ourselves. Understand consent, it’s either given or not, that’s it, you don’t decide for anyone but yourself! 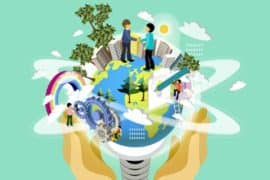 Development by Consent: An Open Letter