This World Oceans Day, not only do we need to celebrate the role of oceans in our lives but also, realize the harm they are being subjected to and how they hold the solutions to help tackle climate change.

Covering more than two-thirds of the Earth’s surface and containing 97% of the planet’s water, oceans form an integrated and essential component of the Earth’s ecosystem. They play a vital role in the global systems that have made this planet habitable – precipitation, weather and climate, food, and even the oxygen in the air we breathe, by providing and regulating them. Other than the ecological aspects, the oceans are key contributors to the global economies as well in transportation, energy and tourism sectors. The United Nations (UN) estimated that over three billion people depend on marine and coastal resources for their livelihoods. The strategic – military aspect of the seas is also fundamental to world politics and largely influences events on land. Surprisingly, our knowledge of the ocean – when compared to our knowledge of the space we know and can explore and also the moon – is thin and only three people have descended to the deepest part of the ocean.

Despite being an indispensable element of the environment, human population explosion and its unrestrained movement, mismanagement policies, and global climate change are threatening the oceans and the services they provide at a precarious rate. Fishes in the oceans have been ‘methodically depleted’ by destructive fishing practices that have moved from the shore to deeper depths. The UN’s Food and Agriculture Organization estimates that 31.4 percent of fish stocks are either fished to capacity or overfished. More than 80 percent of marine pollution comes from land-based activities, such as oil spills, waste disposal, runoff pesticides and nutrients used in agriculture. Plastic pollution is the most widespread problem affecting the marine environment, often witnessed as ingestion, suffocation, and entanglement of hundreds of marine species in dumped plastic waste. A truckload of plastic enters the ocean every minute and plastic has been found in the oceans as deep as 11km, meaning even the remotest places on Earth have been contaminated. These have further created problems like habitat destruction, bleaching of coral reefs, acidification, and so on. The image of a polar bear stranded on a dwindling iceberg due to global warming is very popular and quite heart rendering. But melting ice caps and the consequent sea level rise does not spell out trouble only for coastal regions, but can also bring about changes in ocean currents and disrupt weather patterns worldwide.

The largest living space on Earth is  deteriorating fast and world’s oceans are under such severe stress that the fallout could prove difficult for humans to contain and further initiate a domino effect of natural catastrophes. Yet, it is the oceans only that hold one of the major keys to solving climate change. They absorb a significant portion of carbon and an overwhelming amount of excess heat and has the potential to deliver more than one-fifth (21%) of the emission cuts needed by 2050 in order to keep global average temperature rise to the Paris Agreement target of 1.5 degree Celsius. Tropical coral reefs cover just 1 per cent of the ocean but are among the most bio-diverse systems. They not only sustain humans but also help to reduce inundation and damage during storms. Ocean based renewable energy sources like wind energy, tidal and wave power; de-carbonizing freight and passenger shipping, and increasing the protection and restoration of ‘blue carbon’ ecosystems can solve our carbon emission woes greatly.

It is only 10 years until 2030, the deadline for achieving the United Nations Sustainable Development Goals (SDGs) and the world has set for itself an ambitious task. Oceans and their resources are critical for poverty eradication, sustained economic growth, food security, and overall human welfare, while providing an essential buffer to global climate warming and to the decline of biodiversity. The conservation and sustainable use of the oceans and seas and of their resources has emerged as being crucial for a sustainable future. Good governance, an enabling environment, sustainable land and marine based human activities, and adequate measures are required to reduce the negative impacts on the marine environment. Our actions must range from simply choosing sustainably sourced fish and stop using plastic shopping bags to more concerted, innovative efforts like protecting ocean sanctuaries, tackling with underwater noise, etc. The threats to the oceans have largely been ignored in many ways, and we need to draw attention to it. The ‘blue’ of the blue planet calls for help and we must act NOW!

The Trick of Hope: Examining Loss, Effort and Change in Social Justice 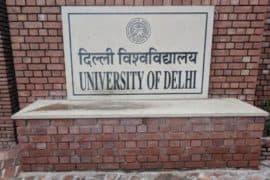 The Intrinsic Interrelationship Between Gender and Climate Change