From Tibet to Delhi: Tracing The History of Momos

The little cream coloured stuffed snack, laden with hot red chutney, for which I am sure you are drooling right now; unlike its size, has a complex history.

If you are a student of Delhi University and you have never dived into the beauty of steaming hot momos and red chutney, then seriously, what is wrong with you? The words, “Ek plate veg/paneer/chicken momos lagado bhaiya aur chutney extra,” are as synonymous to Delhi as India Gate itself.

The tiny Tibetan treat has made its way to the heart of every Indian in a rather short amount of time. And we, being Indians, recast momos with our unique tastes and made it our own. Be it Tandoori Momos, Fried Momos, or Afghani Momos, the love for momos just grew within our hearts.


Just like the age of Anil Kapoor, origins of the dish are blurry. However, many agree that the dish is primarily of a Tibetan origin.

The word momo comes from the Tibetan word ‘Mog Mog,’ which literally means a filled bun. In turn, the word Momos is a corrupted Chinese version of the Tibetan term. The dish is said to have spread to various parts of Asia via travelling Chinese and Newari merchants.

In Tibet, momos are prepared with yak meat, tomato, garlic, ginger, dried chilly and oil-based filling. Both steamed and fried versions of the dish are savoured along with a chilli paste. The utensil used for cooking moms was called Mucktoo.

The Road to India


It is largely assumed that, after the Chinese attacked the region in 1959, following the exodus of Tibetans from Tibet. The exiled Tibetans then settled in various parts of India, including Dharamshala, Sikkim, Ladakh, Darjeeling, Kolkata, and our beloved Delhi.

Hence, these places became hotspots of Momos and subsequently, the momo fever gripped the whole nation. However, unlike the popular notion momos are not a part of the traditional North-East Indian cuisine (so, the racists who call North East Indians momos, read, maybe?).

Apart from the state of Arunachal Pradesh and Sikkim, the dish does not feature in the local cuisine. However, just like the whole nation, the North East also accepted the Tibetan Dish with open hands.

In Arunachal Pradesh, the Monpa and Sherdukpa tribes that belong to the western districts of Tawang as well as Kemang do however have momos in their cuisines. Here the dish is stuffed with minced pork, mustard leaves, and green vegetables.

Expanding on her specific tastes, Prachi, a student of Delhi University, says, “ First, I like chicken momos. In them, I like momos with a thin outer layer and a good fill. Apart from that, I love the chutney and mayonnaise combo.” Interestingly Chicken Momos are also considered to be an Indian twist to the dish.

Many are also of the opinion that vegetable and paneer stuffing was a result of the Indian influence on the dish (that sounds sensible as our parents anyway are after us to eat more vegetables).


As the dish popularised in Tibet and then in China, the dish spread along the Silk Route. Thus, momos have similar cousins in Central, East, and South Asia. So China has Jaozi and Mantou, Japan has Gyozo, the Mongolians love Buuz, the Koreans specialise in Mandu and Turkey houses the Mandu.

Imagine, an International Coalition of Momo Nations, take that United Nations. India itself has many variations that look like momos as distinct. The state of Sikkim houses Hyontoen, which is a millet flour-based momo cousin with cheese stuffing. The state of Karnataka has the rice-flour dish, Kabudu. The states of Uttar Pradesh and Bihar share the lentil stuffed, Fara.


As with any other popular dish, momos also have a strong, I mean a very strong liking for the dish.

Many also feel the wrath of this liking, just like the Kamala Nehru College student, Umaima Khanam puts it, “A meme template of ‘will society accept me?’ suits perfectly over my lack of love for momos. It is a culture in itself and apparently, you cannot openly talk about it. I do not know about history, but the future sure looks like that I will be witnessing a momo fan fest or a momo-con.”

On the contrary, another student Prabhanu Kumar Das of Kirori Mal College, says, “I like momos because they taste amazing, obviously. As a student, if I feel like treating myself, momos are one of the cheapest and best options I have. My friends and I have always hung out around momo stalls so it does have a special place in my heart. The amazing thing about momos is that they look small but they are super filling. I think they originated in Tibet but every culture has some form or the other of the dumpling filled with meat/veggies, Russia has Pelmeni, Italy has Ravioli and so on.”

So the next time you go out (not during the lockdown, please) for a plate of momos, take some time to realise the long drawn out history of that small stuffed scrumptious snack.

My Experiment With Truth: Gandhi/Not My Gandhi? 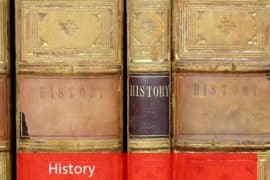 The Curious Case of Dilli Ki Garmi: Why We Need to Go Off About Climate Change