The COVID-19 pandemic is the defining global health crisis of this century that has forced the world into a Great Lockdown. The virus has spread far and wide, and the number of deaths continues to rise on a daily basis even as governments across the worldare trying to halt its spread. Besides an unprecedented human toll, COVID-19 has triggered a deep economic crisis the impact of which could be broader than any that we have seen since the Great Depression.

The problem is compounded further given the ensuing uncertainty in predicting the state of the economy, its impact on people’s lives and livelihoods and how the worldeconomies bounce back. A lot depends on the effectiveness of containment measures, and the development of vaccines, both of which are hard to predict . The IMF predicts that the economy will continue to be in a recession in 2021 due to the damage it has sustained in 2020.The IMF predicts decrease in output growth for all countries.

According to a survey by CMIE, India’s unemployment rate could have climbed to over 23% as a nationwide lockdown took effect in the last week of March. The most damaging effect on the economy,however, could come from a lack of willingness on the part of consumers to spend as they realize the importance of savings in these uncertain times.

The Indian government’s attempts to restart the economy have been mixed at best – migrant labour has left the major cities and there is no guarantee on when they will be back.There is a sense of insecurity about employers meeting salary commitments and the fear of rise in prices of essential goods.

All of this puts college students graduating in 2020 or 2021 in a rather unfortunate situation; with the economy predicted to stay in recession for at least two years and firms already letting go of employees, the chances of getting hired with a good pay package are slim at best right now!

Is there really a ‘best course of action’ in this new world order where industries such as Aviation, Realty, Tourism and Retailing have come to a virtual standstill?

BLUEPRINT FOR SURVIVAL – The 2008 Financial Crisis

Fortunately, this situation was the reality for another batch of graduates, and their fortunesmight give us the blueprint for survival in these calamitous times. In 2007-8, the world was hit by a severe financial crisis – probably the worst faced by the global economy since 1929 – and the decisions made by millions of students graduating in those years could help us better understand how to react today. According to a research study conducted in the Department of Economics at Stratford University, during times of recession graduate students are more likely to attend college since jobs are harder to come by and salaries for the few jobs on offer are low. In such a situation, post-graduation study is one of the best ways to increase the chances of getting employed and getting a better salary once employed.

Another compelling argument is that pursuing higher education pushes back the time-frame of young graduates entering the job market,thus opening up the possibility of the economy recovering by the time students finish their education.

According to Graduate Management Admission Council (GMAC), MBA Applications increased during periods of recession. In 2009, more than two-thirds of full-time MBA programs received more applications than they did the previous year. According to the Corporate Recruiters Survey General report in 2008 by the GMAC in their key findings they listed that even in the recession employers kept hiring MBA graduates and that they were likely to retain them.

Nearly two-thirds of respondents (64%) hired recent MBA graduates in 2007, and more (70%) planned to hire MBAs in 2008 according to table 1. The positive employment outlook after a recession clearly implies that MBA talent remains in demand even when businesses are facing the growing risk of recession.

Just as there are two sides to any coin, the recession that is currently unfolding might open up some new opportunities too!

The ever increasing penetration of internet and digital commerce has seen a new world of possibilities for e-commerce, fin-tech and e-learning firms. Even though the initial euphoria will eventually settle down, these sectors are certain to see greater traffic, engagement and conversions than ever before. Hiring in most sectors will almost certainly reflect this trend as companies will seek specific skills-sets to capitalize on these latent opportunities. As the manager at a leading technology company told us, “Graduates must focus on skilling themselves in newer areas such as digital content creation and social media marketing besides data analytics and AI-ML in order to become employable in the post-Covid 19 job market.”

WHAT MUST A FINAL OR PRE-FINAL YEAR STUDENT DO?

The first recommendation would be to seek an MBA in an Indian B-schoolas most of them allow graduates to seek admission right after college. Start preparing in earnest for the B-school entrance season that kicks off from October or so and continues right until January 2021.

Aclose second choice would be Early Masters programs such as MIM, MSc in Management etc. offered by top universities & B-schools in Europe, USA, Canada or Australia.A Masters program gives valuable exposure to management educationin a global contextand offers multiple specialization options that boost employability and make you more adapted in the post-Covid 19 world.Besides not requiring work experience, A Masters program is relatively cheaper than an MBAs from an Ivy League school. With the admission cycle starting as early as September, there really is no time to lose!

Above all else, a college student should make productive use of the time available right now. The plethora of MOOCs and e-learning opportunities available online must be utilized to adding a newer dimension to your CV. An online certification or two in such domains like Data Analytics or AI-ML can really boost your chance of landing a job, besides adding an additional feather in the cap for your B-School application.

At the end of the day, the only question that matters is “will employers continue to hire management graduates?’ and the answer is a resounding ‘Yes’. Employers will continue to seek candidates with specialized skill sets and the ability to apply technical and managerial expertise in the new world order. 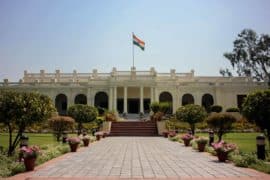