Examining the strategic disinvestment policies of the government, their relevance and otherwise

On the one hand, it is the government’s role to encourage and facilitate a business environment that is conducive to economic growth, and at the same time the competence of the government does not lie in earning profits by the sale of public goods such as coal, steel and power. In tune with its welfare motives, the government always has to spend more than it can earn in terms of revenue through taxes or other means. Hence, additional income from the sale of a stake or disinvesting in a PSUs, tends to be a welcome move for its coffers. This is especially so in the case of India, where it has fallen on to the government to spend high amounts on infrastructure to boost economic growth as well as to deal with its existing expenditure on the health and education sectors.

Historically, since the 1991 era of LPG in the country (liberalisation, privatisation, globalisation) under the PV Narasimha Rao government, there has been an on-off trend of disinvestment in the country’s policies. Arun Shourie, the country’s first Disinvestment Minister in 2006, gave an impetus to the exercise. He is credited with the privatisation of Maruti, Bharat Aluminium Company Ltd., Videsh Sanchar Nigam Limited and Hindustan Zinc through the strategic sale process. Even when the Vajpayee government had ceded ownership of a handful of public sector undertakings (PSUs) to private buyers in 2001-02, the move had been met with unrelenting criticism for its pricing and choice of buyers for the exercise.

The proceeds from strategic sales give the government an extra spending cushion. This fiscal has been a ‘year without precedent’ for the government on the fiscal front. The Reserve Bank of India gave the Central government a record dividend payout of about ?1.76 lakh crore. The joy over this would have been short-lived as the government has had to execute a corporate tax cut — to mitigate the effects of a slowdown — and will suffer an annual loss of ?1.45 lakh crore, according to The Hindu.

So at least meeting the year’s disinvestment target, if not exceeding it, would give the government some respite from the string of bad fiscal news that has been flowing its way.

Private owners have an incentive to minimize costs as long as they reap part of the benefit in the form of higher profit. By contrast, if the bureaucrats running the PSUs do a bad job, the losers are the taxpayers and customers, whose only recourse is the political system. Put simply, a way of ensuring that firms are efficiently run, the voting booth is a less reliable option than the profit motive.

Economic Sectors That Benefit From the Pandemic 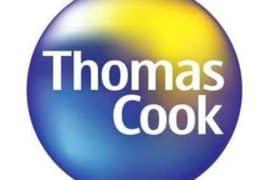